Dates
Please Note: Programs with a ☾ insignia begin after 5pm or air on the weekend.
Save for Later  Add to Cart »  Add to Cart » 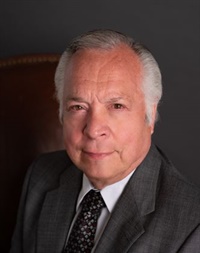 Mr. Dennis F. Dycus, CFE, CPA, CGFM, presently serves as the Director of the Division of Municipal Audit for the Office of the Comptroller of the Treasury, State of Tennessee. The Division is responsible for the annual audit of all municipalities, utility districts, school activity and cafeteria funds, housing authorities, certain not-for-profit organizations and other quasi-governmental entities in the State of Tennessee. In addition, the Divisions staff conducts numerous audits for fraud, waste and abuse each year.

From the beginning of his career with a national accounting firm, through the last 37 years of involvement with the audits of all forms of governmental entities, he brings a wealth of practical experience to his presentations. A graduate of Western Kentucky University, Mr. Dycus is a frequent guest speaker/lecturer for various college business/accounting classes, professional associations, local, state and national conferences and not-for-profit organizations. In 1996, the Eta Omicron Chapter of Beta Alpha Psi presented him with the Distinguished Alumnus Award in recognition of his support of the WKU Accounting Department.

In addition, he has authored articles on auditing for fraud for national publications.

Prerequisites None
Advanced Preparation None
Designed For

Business Professionals' Network, Inc. is registered with the National Association of State Boards of Accountancy (NASBA) as a sponsor of continuing professional education on the National Registry of CPE Sponsors. State boards of accountancy have final authority on the acceptance of individual courses for CPE credit. Complaints regarding registered sponsors may be submitted to the National Registry of CPE Sponsors through its website: www.nasbaregistry.org

Please contact the ACPEN help desk 1-877-602-9877 or help@acpen.com if you wish to cancel your attendance for a previously purchased webcast and are requesting a refund or transfer.